From the movie O Brother, Where Art Thou

As we ride out the Web3 winter, it’s useful to step back and try to understand what’s working and what’s not working when it comes to the guiding principles of Web3.

I’ll admit that I’ve gone back and forth multiple times on whether there’s any real promise to Web3, starting with a deep enchantment by the idea of decentralized economic control, flipping to thinking that blockchain may be a complete waste of time, to my current position of deep engagement with Web3. Despite my commitment or perhaps because of it, I feel that there are many fundamental Web3 questions we have yet to address head-on and solve. My goal is to find a meaningful and non-toxic way to use these emerging, powerful tools toward fulfilling the longstanding player demand for the ownership of virtual assets.

Like David Foster Wallace’s fish in water, after over a decade of working on decentralized applications and systems, I’m not sure I even know what the hell Web3 is, or is going to be.

As a result, I’m embarking on a series of musings that surface the questions I believe we need to answer in order for Web3 to fully emerge and thrive.

And being a fish, I’ll admit that I got hooked. It started with Robot Sea Monster’s building a virtual trading platform for the Brooklyn Microgrid. We created the first peer-to-peer energy trading platform built on the blockchain for Lawrence Orsini of LO3 Energy. As an experiment, the project proved that we could take the utility out of the mix, allowing consumers to directly trade their excess power to other consumers on a local microgrid. As an existence proof our solution ticked the box, although, admittedly, there’s a long way to go before we can reach an answer within the real world of regulation and ownership of the physical electric grid.

This leads me to a series of questions, most of them very basic. While I don’t want to oversimplify Web3’s complexities, I want to avoid being blinded by science and the often-confusing language used in this market.

It’s important to question our beliefs, because in these early days of Web3, much of what we think is surely incorrect. The faster we can recognize and let go of the wrong mindset, the sooner we’ll see the benefits.

To give you an idea of where I think we’re headed, here are some of the questions on my mind today, which will lead to a series of musings that my colleagues, guest writers, and I would like to share with you:

Use of Virtual Assets

Relationship to the Blockchain 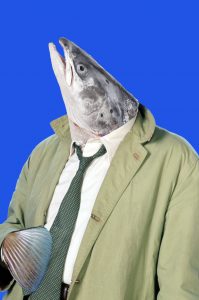 I feel a little like the 1970s TV detective Columbo. I’m a fish wearing a trenchcoat, pausing in my search for the solution to the Web3 puzzle and taking time to look at the obvious (and less obvious) clues.

Just a few words on terminology here. When I will use the word gamer, it’s really a placeholder for any user who is deeply invested in a virtual world. As a father and leader of a game design studio, I just don’t have the time to be a core gamer. Yet I see myself as a gamer advocate.

If there’s a strength and admitted bias I bring, it’s that as an experienced gamer I lean towards the gamers’ perspective. I take a behavioral approach to game, economy, story, and visual design, aimed at making gameplay fun and sustainable.

Essentially, I believe the True North we seek is an approach to Web3 ownership that makes games open, accessible, fair, and empowering to gamers. When we achieve this, I’ll know we’re headed in the right direction.

Let me know your thoughts on the questions above, and stay tuned for future musings. Feel free to contact me at [email protected].